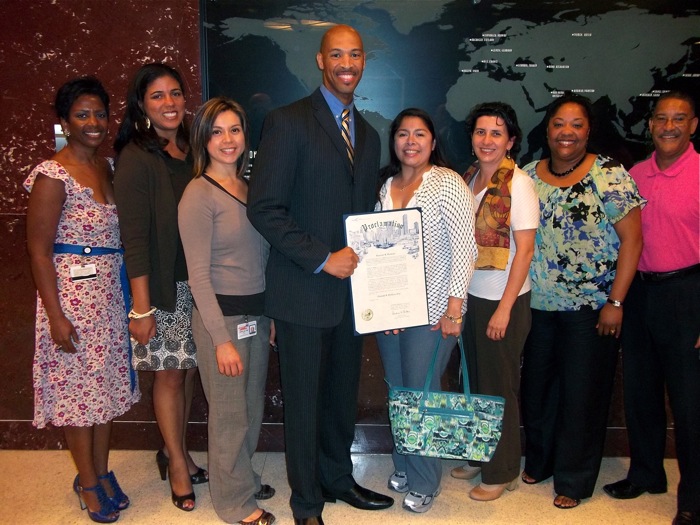 Perkins is a 1997 graduate of Texas Southern University with a M.S. in Transportation Planning and Management.  According to Council Member Pennington’s remarks, “Donald Perkins has provided exemplary service to super neighborhoods, homeowner and property owner associations, civic clubs, businesses, institutions, and residents of District G, and of the City of Houston as a whole.”  Perkins was the Planning Leader and City’s liaison with many District G super neighborhood councils.   By assisting super neighborhood councils to develop greater organizational self-sufficiency, Donald Perkins has had a profound effect on the lives and well being of residents across the City of Houston.