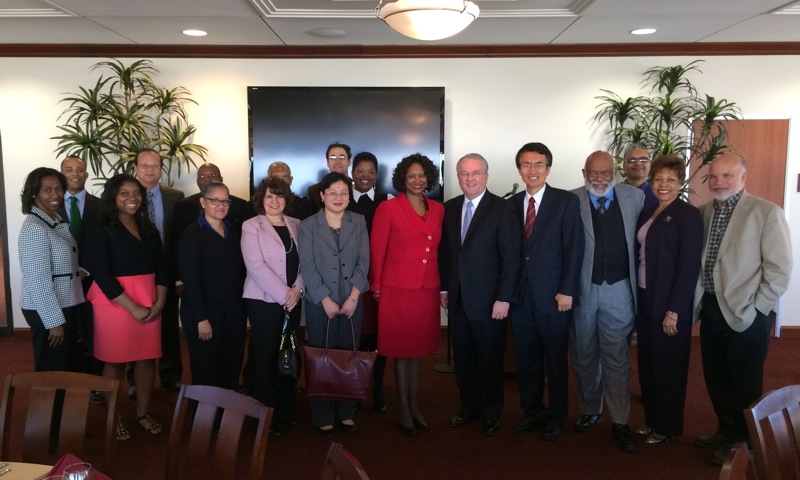 Jack N. Gerard, the president and CEO of the American Petroleum Institute (API) visited Texas Southern University on February 10, 2015. The API is the national trade association that represents all aspects of America’s oil and natural gas industry. Mr. Gerard has led API since November 2008, expanding its membership and influence in all 50 states and globally, with offices in Dubai, Singapore, Beijing, and Rio de Janeiro. API’s Washington presence is the foundation for the oil and natural gas industry’s advocacy and outreach at state, federal and global levels on public policy, standards and certification programs, and as the source for information on industry best practices. 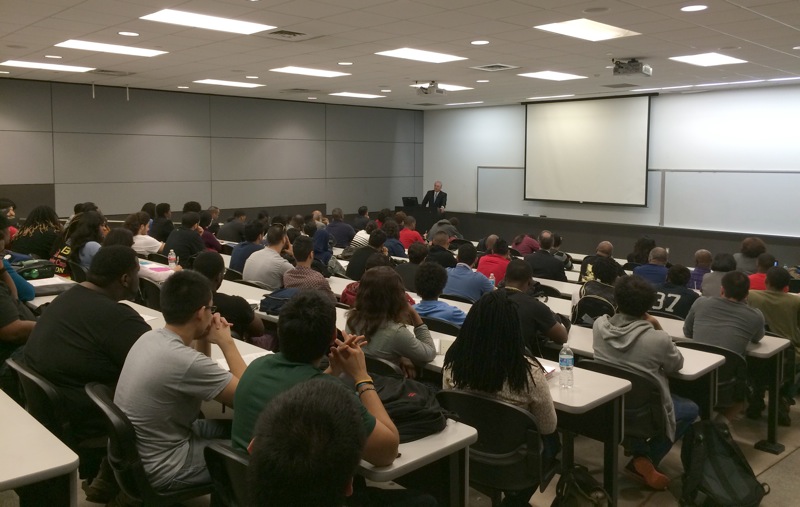 The College hosted Mr. Gerard at a luncheon meeting with the senior leadership of the University and the College. He described the program expanding API’s outreach efforts to colleges and universities and why he made a point to visit TSU. Discussions at the luncheon were held with the Associate Provost, Dr. Elizabeth Brown-Guillory, the Director of Development, Mrs. Carolyn Oliver, Dean Lei Yu, the associate deans, the department chairs and engineering students. Mr. Gerard gave a talk to assembled students in the afternoon.

Mr. Gerard encouraged students to consider careers in the oil and gas industry. Jack N. Gerard told a large gathering of students and faculty that while alternative energy is growing in its contribution to America’s energy needs, fossil fuels will still be needed for a long time. He described the large investment in alternative energy resources being made by the major oil and gas companies as well as the sudden surge in oil and gas production as a result of new drilling technologies.

Mr. Gerard told students to not exclude the energy industry from their career considerations, but to actively pursue careers with energy companies. The energy industry is preparing for a grand workforce change as a result of retirements and demographic changes in the nation. Over 70 percent of workers in the oil and gas industry are over 50 years old.  African Americans, Hispanics, and other minorities will be a majority of the workforce soon and the oil and gas industry will have a great many openings.

The spectrum of positions in oil and gas is broader that most can imagine and most of it is technical, it ranges from Ph.D. engineers and scientists an on hand to associate degree technicians. The study of mathematics and STEM at various levels in required, however, the opportunities are tremendous. Mr. Gerard urged students to prepare and get in on the changes that are coming to oil and gas.