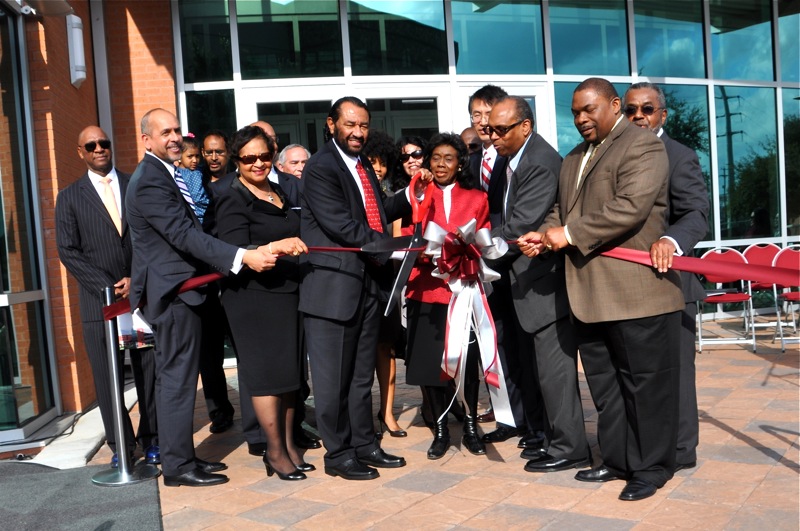 A throng of friends of the College, alumni, students, faculty, and administrators gathered on the plaza on February 19, 2014 to dedicate the newest academic structure of the College, the Leonard H. O. Spearman Technology Building, in honor of the 6th president of the University. It was a moving ceremony with many speeches from all those who had a hand in making the building a reality.

The building contains numerous laboratories as listed below.

It was not simply a replacement of the old technology building but a new design, expansion, and integration of science and technology for the future. The science and technology programs scattered in various locations on TSU campus were consolidated to this one location. This new facility hosts 35 state-of-the-art labs such as, a full-motion flight simulator lab, a vehicle emission testing lab, an air traffic control lab, a high performance computing lab, a Mini-TranStar lab, a driving simulation lab, a construction lab, two design labs, health and nuclear physics labs, a geotechnical/material testing lab, an environmental engineering lab, a wireless sensor networks lab, and various other engineering, physics, and computer science labs. In addition, the facility is home to a new Tier 1 University Transportation Center, the Center for Transportation Training and Research, and the new National Science Foundation Center for Research on Complex Networks.

Under the leadership of Dean Lei Yu, the College has established a stronger funded research base, established new research centers, programs, and departments and is now leading in research, student services, faculty development, and contemporary education. The College leads the University in research funding and with the new Leonard H. O. Spearman Technology Building together with the existing Science Building, all of the departments of the College are in close proximity, which will foster collaboration and interdisciplinary research, study, teaching, and service.

President John Rudley provided an account of the challenges the University had to overcome to achieve such a project at a time when the financial markets were under reacting to the economy in recession. The building opened for the spring semester 2014.

Many community leaders and dignitaries were in attendance at this major expansion of the facilities of the College of Science and Technology of Texas Southern University. The Spearman family was present as was the family of Retired Professor Naomi Ledé.

Ms. Kenyata Thomas observed that a building is simply bricks, concrete, steel and glass, but this dedication transforms it into a sacred place where students and teachers gather for scholarship. The Leonard H. O. Spearman Technology Building will be a place for study and research for years to come. 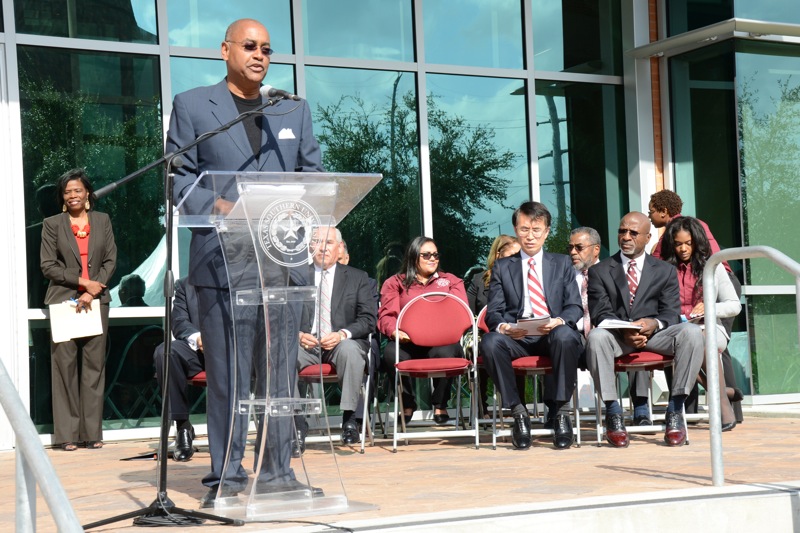 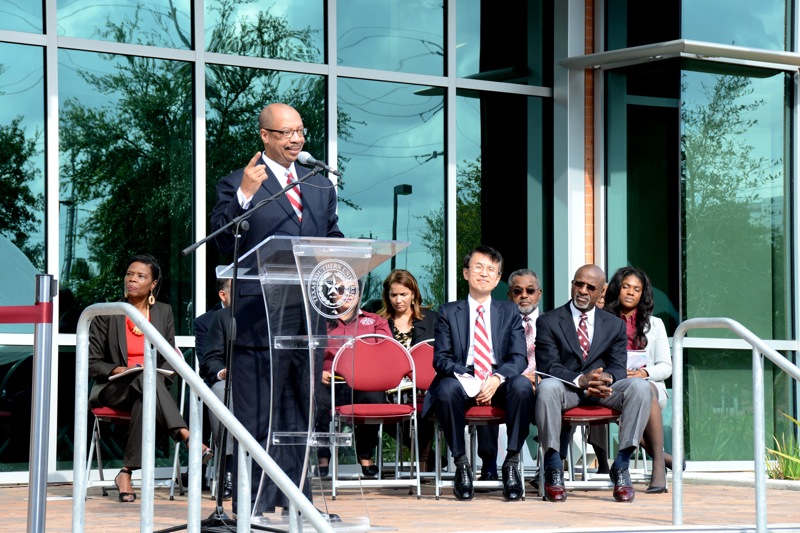 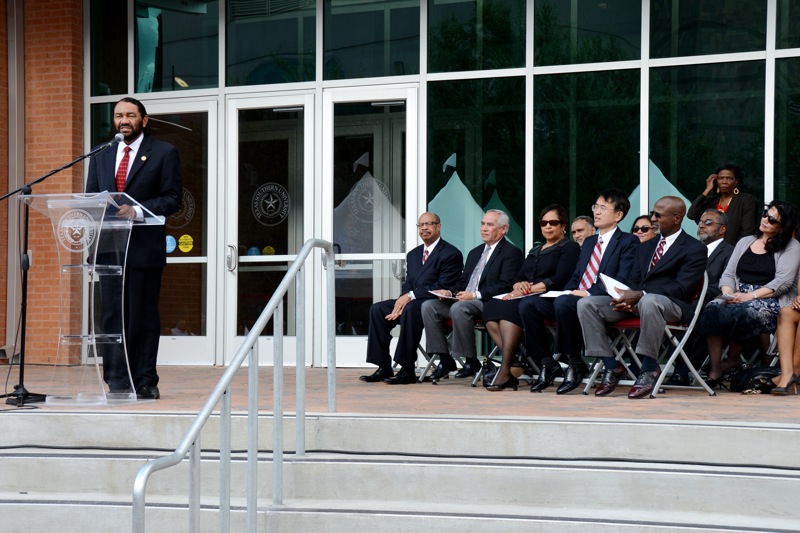 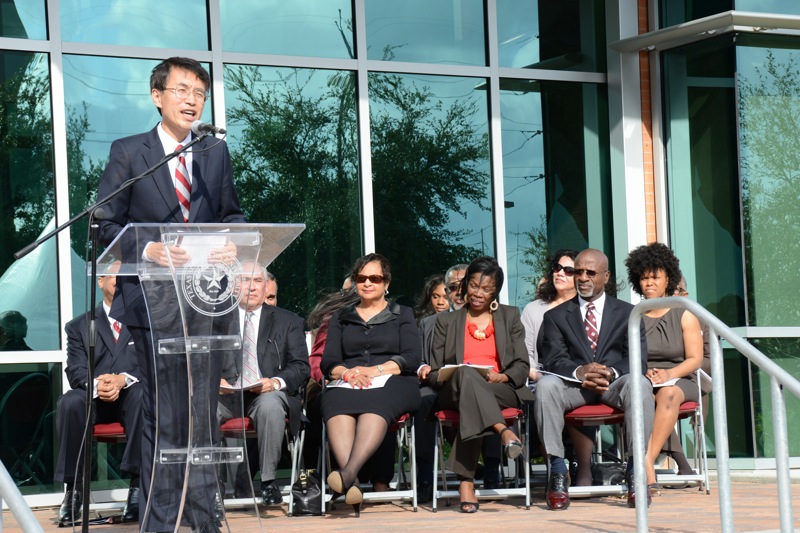 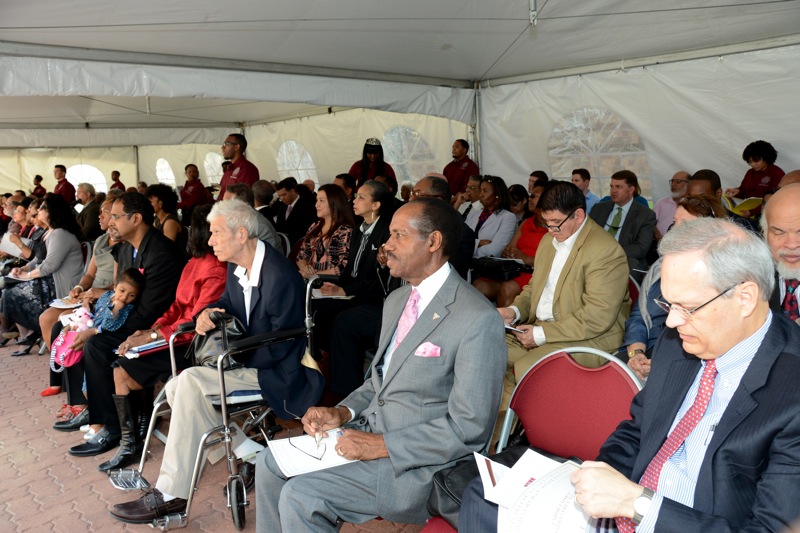 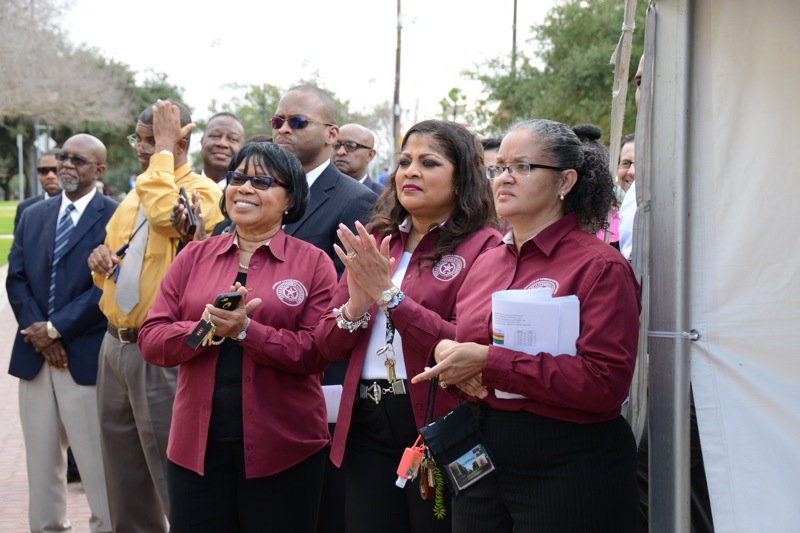 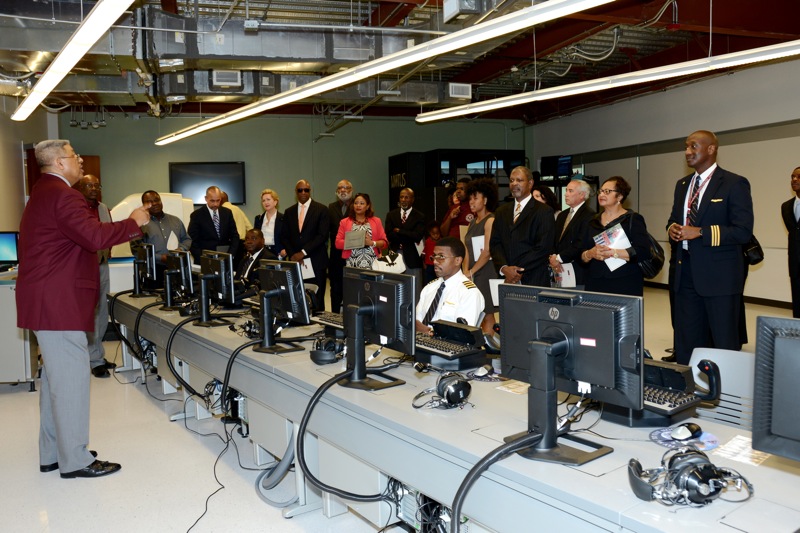 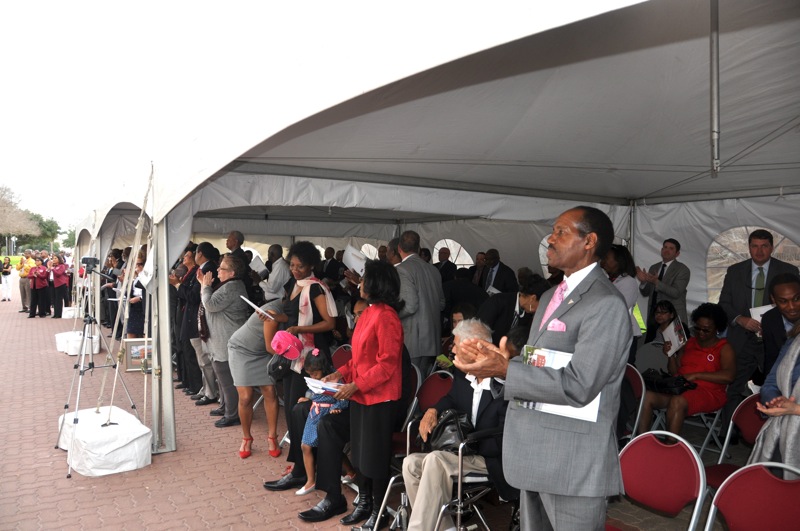 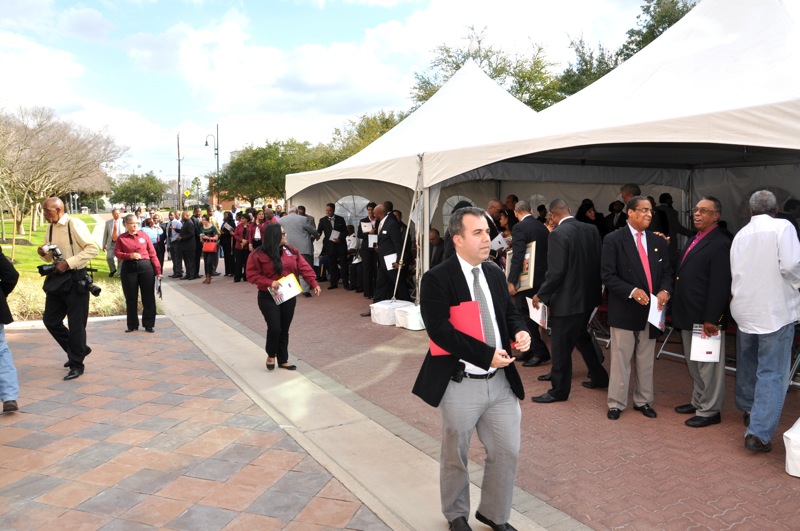 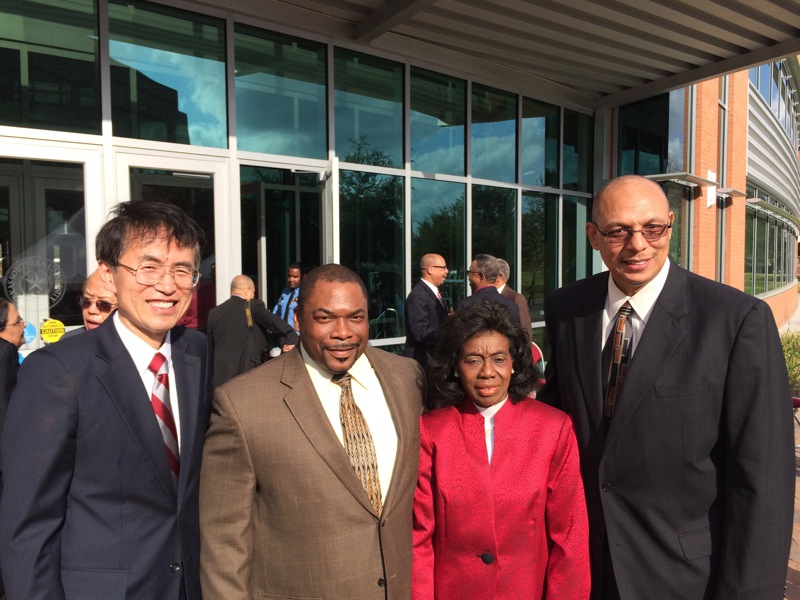 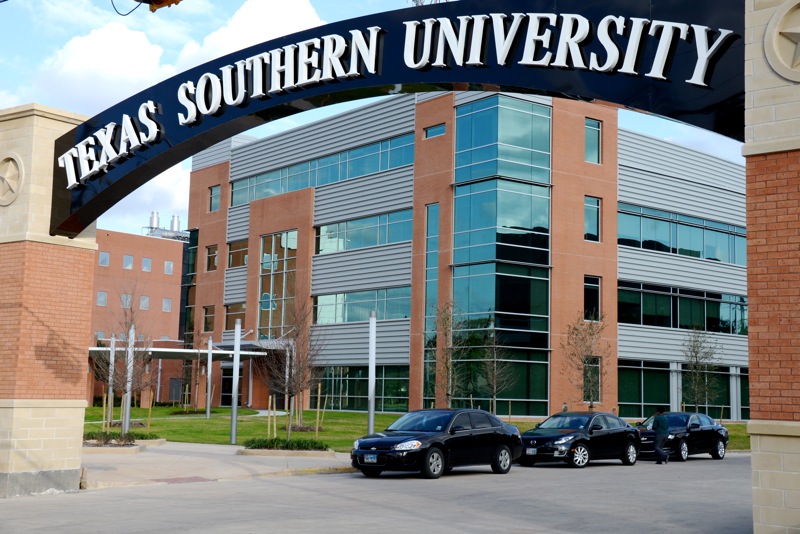 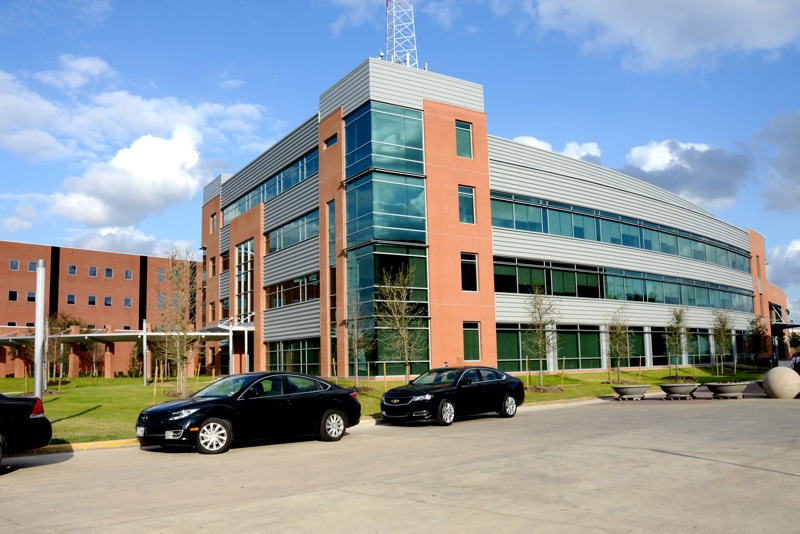