On October 22, 2011, the COST entered the parade with a fabulous float representing the TSU 2011 Homecoming theme “The Ultimate Experience” which was STEM (Science, Technology, Engineering and Mathematics) for COST.  A ‘object’ signifing each of these areas were represented on the float.  All of the objects were very appealing but the bubbles from the science tubes along with the sound really shocked the crowd as the float passed by.  There were several COST students from various departments such as: our adorable QUEEN, Ms. Shamail Allen and KING, Mr. Jonathan Jolivette both from Biology,  the Mathematics Queen, Ms. Olivia Turner from the Mathematics, Mr. James Leslie from Computer Science, Ms. LaShanna Simmons and Mr. Sunday Agboke both from Engineering.  Also on the float was a mini COST Queen,  seven year old,  Little Ms. Egypt Cardenas Douglas. 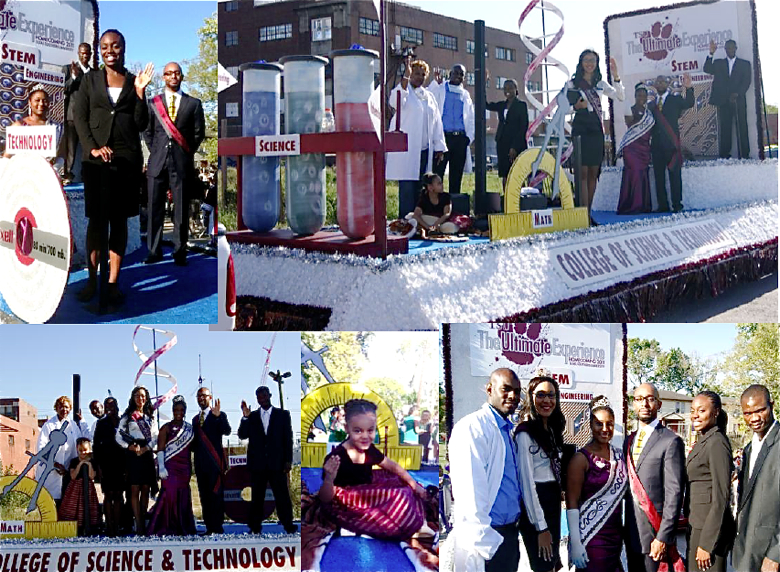