Department of Aviation Science and Technology 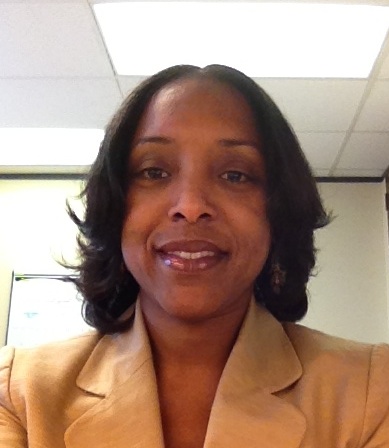 Sheri Mitchell, MD practices as a Pediatrician in Houston, Texas. Dr. Mitchell graduated from Texas Southern University in 1983 with her Bachelor of 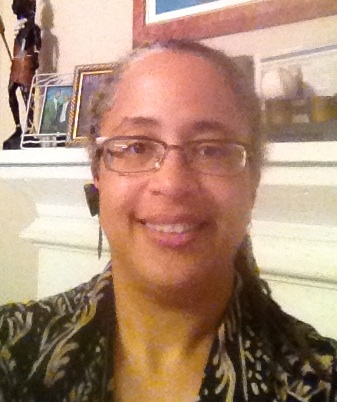 Science in Biology. After graduating from TSU, Dr. Mitchell attended Tulane School of Medicine in New Orleans, Louisiana graduating in 1987 with a Doctor of Medicine degree. She completed her internship and residency in pediatrics at Baylor College of Medicine. She has served as Staff Pediatrician of Monmouth Pediatrics and as Pediatrician with Kelsey-Seybold Clinic-West Clinic. From 1998-2002 Dr. Mitchell was the managing physician for the Kelsey-Seybold Clinic Palm Center location. Since 2002 she has been in private practice. She is a member of the American Academy of Pediatrics, Houston Pediatric Society, Harris County Medical Society, and the Texas Pediatric Society. Dr. Mitchell is board certified with the American Board of Pediatrics, 1991, and recertified in 2005. She is a HealthGrades Recognized Doctor. As a hobby, Dr. Mitchell, was the Basketball Coach for the Fort Bend Stars (2004-2009) Girl’s American Amateur Union (AAU) Basketball Team. 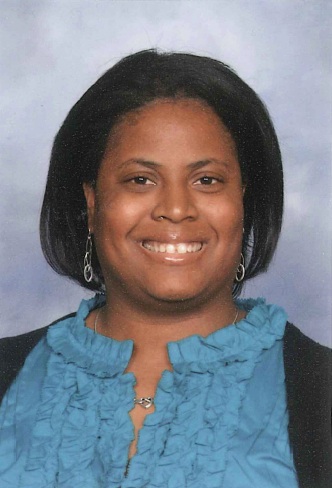 Ms. Christina Zeigler graduated from Texas Southern University in 2002 with a BS in Chemistry and in 2004 with an MS in Chemistry. Since receiving her Masters’ degree she has taught in California at a college prep school and at Cushing Academy, an accelerated program in Massachusetts. She has traveled throughout the United Kingdom and Western Europe on a number of occasions leading student ambassadors on cultural and educational tours. She is currently working in Houston at The Kinkaid School as a chemistry teacher and track coach.

Ms. LaKeisha Melton graduated from Texas Southern University in December 2006, with a major in Computer Science and a minor in Electronic 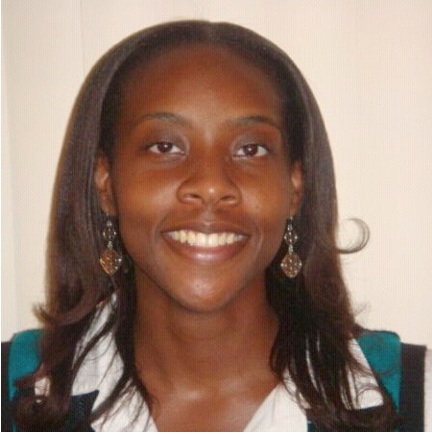 Engineering Technology. Her career began in March 2007 at the Fluor Corporation, a Fortune 500 Company in Sugar Land, Texas. She began working as Technical Support for an Estimating Software, traveling nationally and internationally to train users within the company on how to utilize and implement the software for their estimating projects, and provided technical support throughout their projects. After her second year, she was promoted to Technical Lead, overseeing a team of technical support members nationally and internationally to insure that they were properly trained to provide technical support to users. Ms. Melton then began managing, leading, implementing, developing, supporting, and training users on multiple applications during her fourth year at Fluor. In September 2011, Ms. Melton resigned from her position at Fluor to pursue a great opportunity as a Sr. Business Process Analyst for Cameron International, in Houston, TX. She has been working for their Corporate IT Project Systems team for over a year now. She develops application work processes, protocols, application support, and implementation strategies globally, while acting as the liaison between the Business and IT for all Project Systems. Ms. Melton is an active member of the Development and Networking Association (DNA), an organization at Cameron International for Houston employees who have been with the company three years or less, proving them with the resources, and networks to succeed in their careers. She is also an active member of the Texas Young Professionals (TYP) and their Houston Young Professionals (HYP) sub-chapter, an organization for young professionals who provide mentoring, networking, and community involvement events. Ms. Melton is currently an active member of the TSU COST Alumni Chapter. Her internship in Washington State in the summer 2006, LSAMP, and the opportunity to tutor other Computer Science students, provided her with the necessary experience and knowledge to enter the business world and be successful. 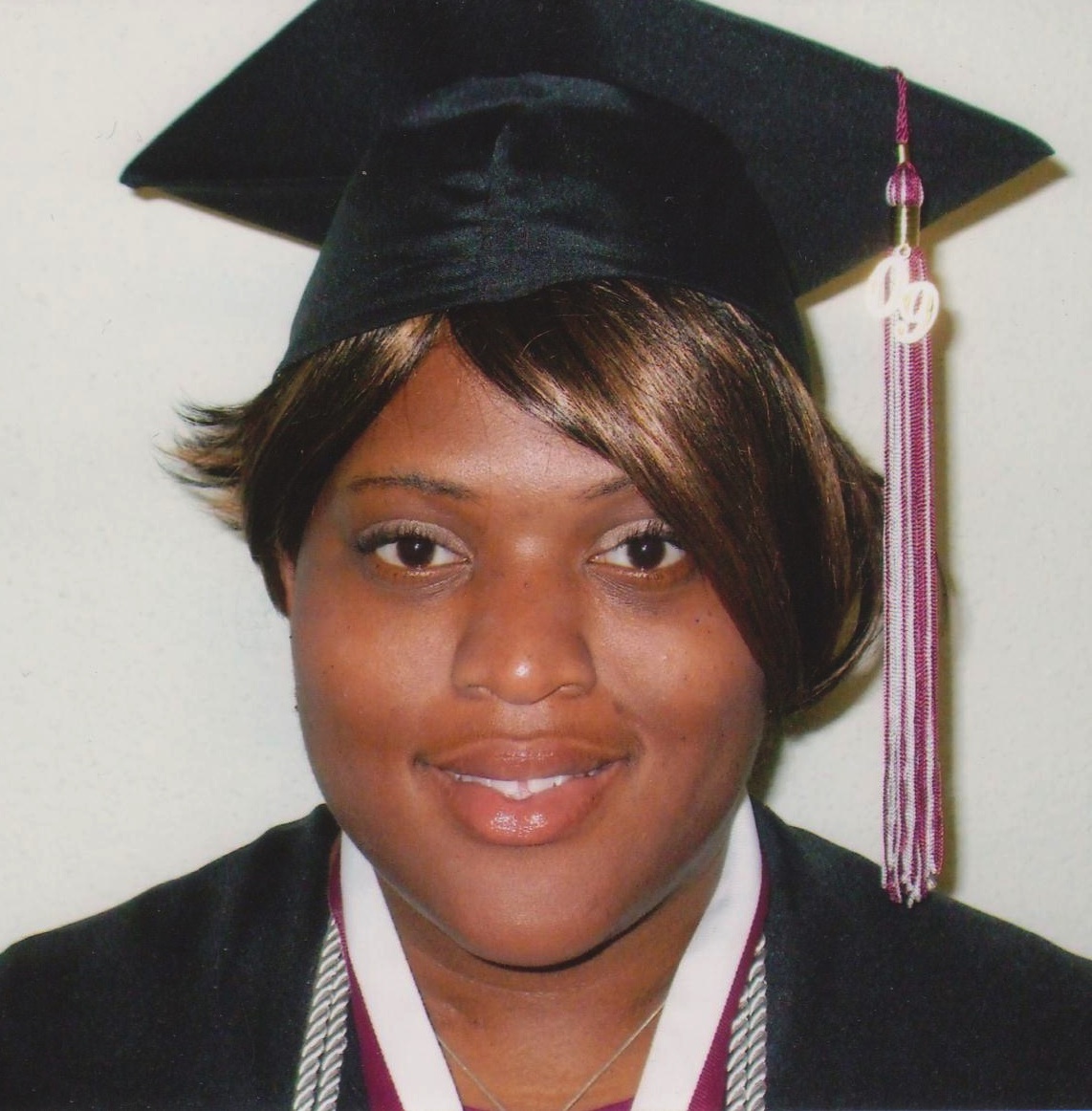 Youngest child of Dr. Michael A. Agina and Emily A. Agina, Stephanie attended the University of Texas at San Antonio for one year then transferred to Texas Southern University and obtained a Bachelor of Science degree in Electronic Engineering Technology in 2009. In The Summer of 2007 she completed an Internship at Northwestern University, Evanston, Illinois in Nanotechnology. Mrs. Osuji also completed an internship with the Federal Aviation Administration at the Houston office (2007-2009). After graduation in May 2009, she was retained by the Federal Aviation Administration where she currently works as an Airway Transportation Systems Specialist. Mrs. Osuji is a member of the National Alumni Association.

Department of Environmental Science and Technology

Dr. Thomas is an associate professor of Health Sciences at Texas Southern University where he investigates the mechanisms involved in the toxicity 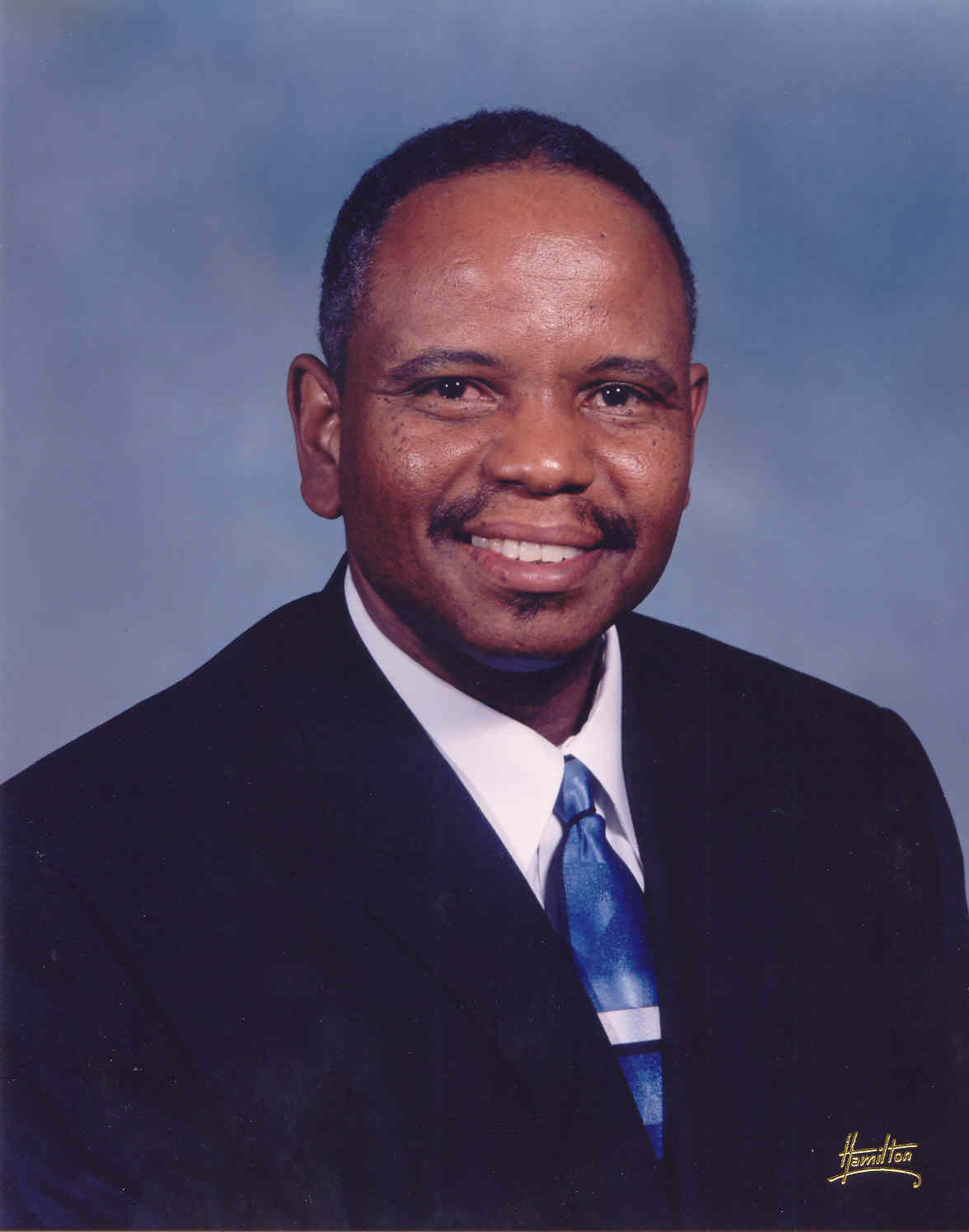 of environmental toxicants at the cellular levels. His research is well published and he is an Environmental Protection Agency Fellow (1997), Texas Sea Grant Fellow (2000), and holds a US Patent (Number 4,533,653). His love of chemistry and his collaborative work in nanotechnology has resulted in what represents the first significant development and commercialization of its intellectual properties and technologies for Texas Southern University. Dr.Thomas’ long-term research goal is to identify the mechanisms involved in the low-level chronic exposures of environmental agents. Twelve million American children suffer from learning or behavioral impairments including attention-deficit disorder/hyperactivity disorder (ADHD), autism, and learning disabilities. An overwhelming amount of evidence indicates that exposure to environmental toxicants in utero or soon after birth is a major contributing factor leading to these neurobehavioral problems in children. Dr. Thomas’ interest is to identify and characterize environmental toxins and explore their mechanisms of affect. Thomas served on the Governing Board of the First Public, LLC; serves on the Board of Directors for Texas Academy of Science. He also serves as Deacon & Trustee, scout leader, and Sunday school teacher at First Missionary Baptist Church, Angleton, Texas. His greatest passion is his service toward the training of researchers of color, where, through persistent determination to participate, and high expectations, he has made significant contributions, working to improve STEM education in the TSU science and technology community. 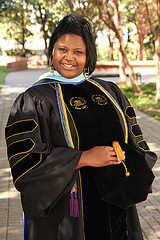 Dr. Alicia Martin is a proud 2005 Summa Cum Laude graduate of Texas Southern University with a major in Mathematics and a minor in Business Administration. After obtaining her undergraduate degree, she was motivated by her family and advisors of TSU’s Louis Stokes Alliance of Minority Participants (LSAMP) Scholarship Program to further her education. This inspired her to obtain a Masters in Curriculum and Instruction specializing in Mathematics from the University of Houston-Clear Lake in December 2007 and a Doctorate in Educational Leadership specializing in Curriculum and Instruction in December 2011. She started her career in education in North Forest ISD teaching Algebra and Geometry at Forest Brook High School. In addition, she has taught at the Kolarik 9th Grade Center in Channelview ISD, where she was awarded the February 2009 teacher of the month. She has also taught at Robert E. Lee High School in Goose Creek Consolidated ISD, where she served as the team leader and facilitator for the district math prep clinics. In 2012, she was promoted as Secondary Math Specialist and currently serving as an Assistant Principal at Channelview High School.

Christopher McDaniel is a native of Houston, Texas, born and raised in the neighborhood of South Park. Christopher attended and graduated from the 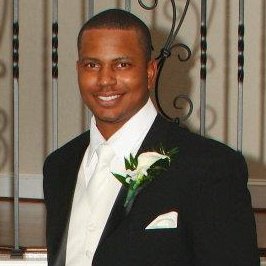 Barbara Jordan High School for Careers located on Houston’s north side where he studied Engineering and Computer-Aided Drafting. After completing high school, Christopher began studying at Texas Southern University in Houston’s Third Ward Community. While at TSU he earned his first professional job as a Design Drafter with a local subsea engineering company. In August of 2006 he earned his Bachelor of Science in Industrial Technology in Design Technology. In May of 2009 he graduated with a Master’s Degree inArchitecture from PVAMU. While at Prairie View, Christopher excelled in his studies and received numerous awards for his school work. Shortly after graduate school, Christopher began working as an Intern Architect at a local architectural firm where his duties included commercial and residential design, contract administration and project management. Christopher later advanced in his career with a construction company as a Construction Manager and Principal Designer. While working for this firm he realized an opportunity to venture out on his own as a designer and contractor. It was at that time that he established CMH Consultants, a company that provides residential and commercial design, construction and project management services. Christopher finds time to serve as an educator and Program Chair for the School of Drafting and Design at ITT Technical Institute. 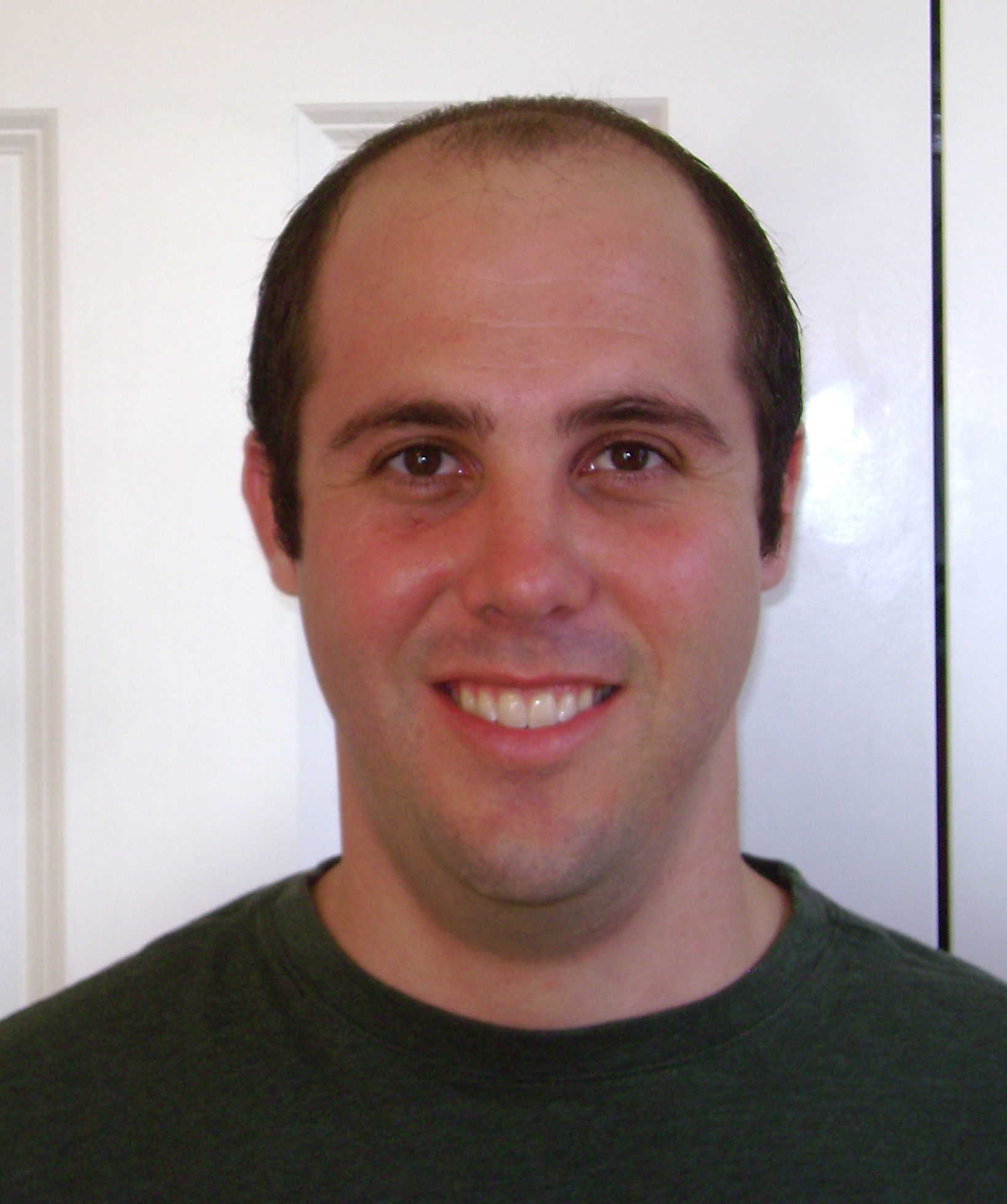 John Metyko is a Radiation Safety Specialist at the University of Texas MD Anderson Cancer Center, where his primary responsibilities involve the personnel dosimetry and instrument calibration programs. He earned a B.S. in Physics with an emphasis in health physics from Texas Southern University in May of 2012, graduating with honors. He is currently enrolled in a health physics graduate program through the University of Texas. Prior to attending TSU, John was is a high school educator who also filled the rolls of physics lab assistant and tutor while at TSU. John is an active member in the national Health Physics Society, and the South Texas Chapter of the Health Physics Society. 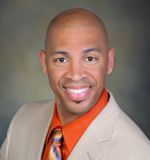 Donald Perkins supervises the District K council office. District K is a new council district, created through the City of Houston redistricting process in 2011, with a new council member, ready for new beginnings. Donald also is the Agenda Director for Council Member Green and works on special projects per the direction of the council member. Donald oversees a staff of four in the council office– Barbara Hite and Claude Foster, Constituent Liaisons for the council district; Lynnette Aizpurua, Scheduler and Communication Liaison; and Vivian Harris, part-time staffer overseeing special projects. Prior to accepting the role as Chief of Staff, Donald worked within the City of Houston Planning and Development Department, Neighborhood Planning Services Division. He provided planning and technical support services to civic organizations through the Super Neighborhood Program, Historic Preservation, Prohibited Yard Parking Ordinance, and Special Minimum Lot Size/ Building Line Ordinance — all which help to revitalize and improve the quality of life throughout Houston’s communities. A graduate of Texas Southern University where he received a Master of Science degree in Transportation Studies and the University of Louisiana at Lafayette (formerly the University of Southwestern Louisiana) where he received a Bachelor of Arts degree in Urban and Regional Planning, Donald has been a civil servant for over 16 years. He started his employment as an Associate Planner with the City of Houston and worked his way as a Planner Leader within the Planning and Development Department. Over the years, Donald has participated and coordinatednumerous neighborhood conferences in addition to coordinating popular grassroots symposia.