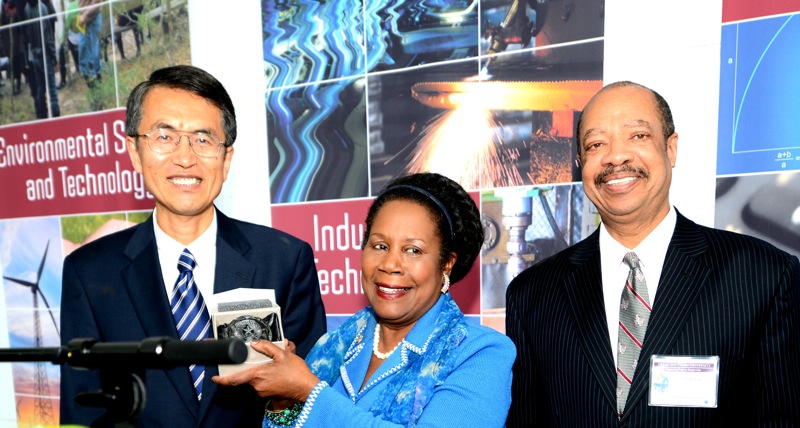 Many members of Houston’s engineering community attended a luncheon to celebrate the inauguration of the two new engineering programs in the College of Science, Engineering, and Technology of Texas Southern University. The program was moderated by Dean Lei Yu who, along with President John Rudley, and Professor David Olowokere, informed the assembled visitors in a dynamic and entertaining manner of the issues involved in the process of gaining the approval of the Texas Higher Education Board. Mr. Robert W. Harvey, President and CEO, of the Greater Houston Partnership, presented the importance of these two programs in the context of the economy and jobs in Houston. Mr. Harvey shared some amazing facts, including the fact that the educational systems in Houston do not produce enough graduates with a Bachelor’s degree to satisfy the demand for Engineers, so that Houston is a net importer of degreed workers. The new engineering programs at Texas Southern will significantly inccrease the number of local workers fill the demand. Mr. Harvey made the commitment on behalf of the Greater Houston Partnership to provide strong support of the TSU engineering programs going forward. Dean Yu and Provost James W. Ward provided welcome addresses that related the significance that these new program changes would bring to the College, and to the university.

The keynote speaker for the luncheon was Mr. John Barton, Deputy Executive Director of the Texas Department of Transportation. The Texas Legislature is now in session and required Mr. Barton’s presence in Austin, so that Mr. Barton’s address was recorded earlier and presented via video. Mr. Barton gave a very inspiring talk to the gathering, referring to the need for strong ties to the civil engineering program. Because of the growth of Texas, and hence, increasing transportation infrastructure needs , the Department of Transportation will need all the engineers it can “garner.”  Mr. Quincy Allen, the newly appointed District Engineer was present to represent Mr. Barton and to receive acknowledgement from the College.

Ms. Animata Dicko, a civil engineering student, gave the students view of the changes that the new engineering programs would have for its students. Ms. Dicko indicated that students were now relieved of the anxiety associated with an engineering technology degree that would not be fully accepted. She stated that the new civil engineering program would make students fully competitive in the industry.  Young people sometimes take liberties and Ms. Dicko was no exception. She challenged the assembled engineering companies by stating that their presence indicated their willingness to provide internships, scholarships, and ultimately jobs for graduates of the engineering program. She was warmly received. The College attempts to include prospective students at its major events and for this event, eleventh and twelfth grade students interested in engineering were invited from Furr High School, and they were warmly acknowledged.

Congresswoman Sheila Jackson-Lee provided final remarks. The Congresswoman spoke of the importance of science, technology, engineering, and mathematics (STEM) initiatives from a national perspective and recognized the College of Science, Engineering and Technology with a Congressional Citation. 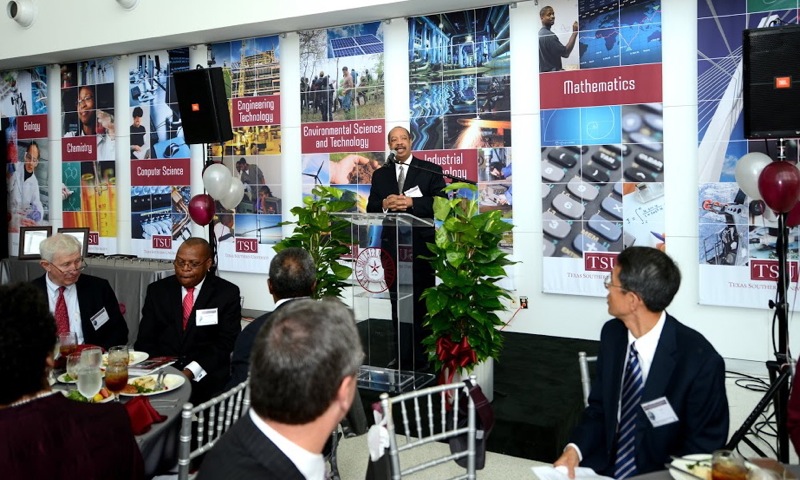 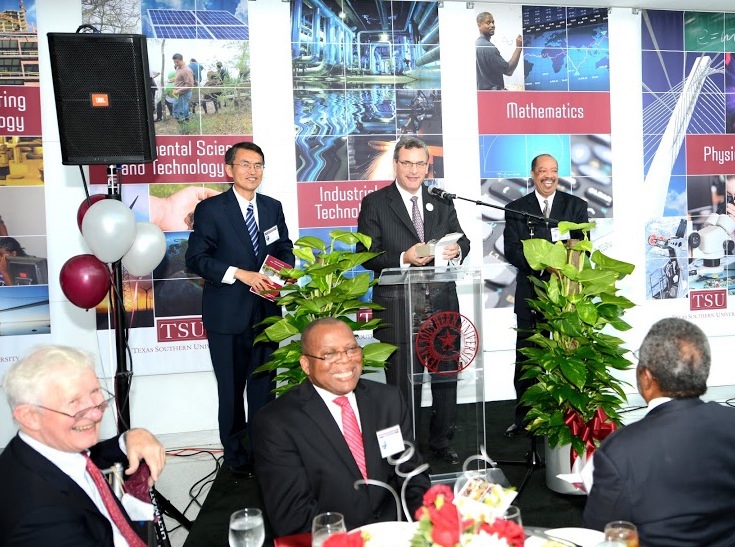 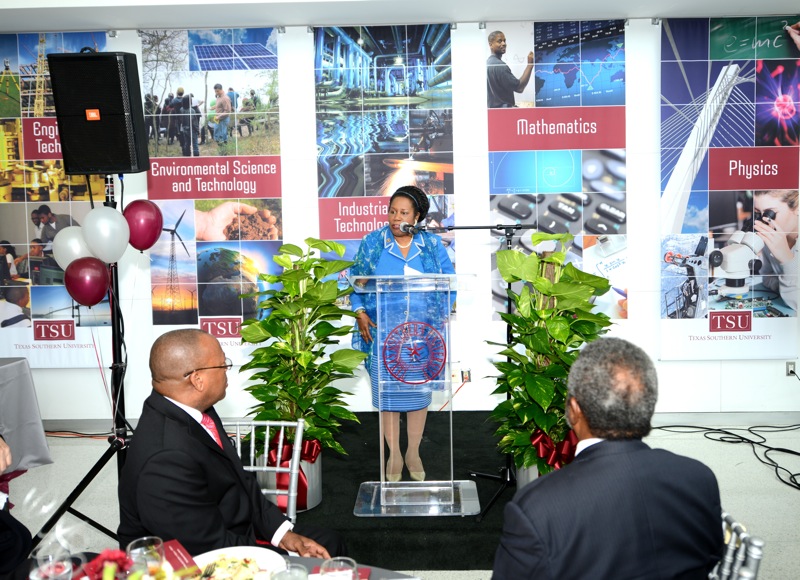 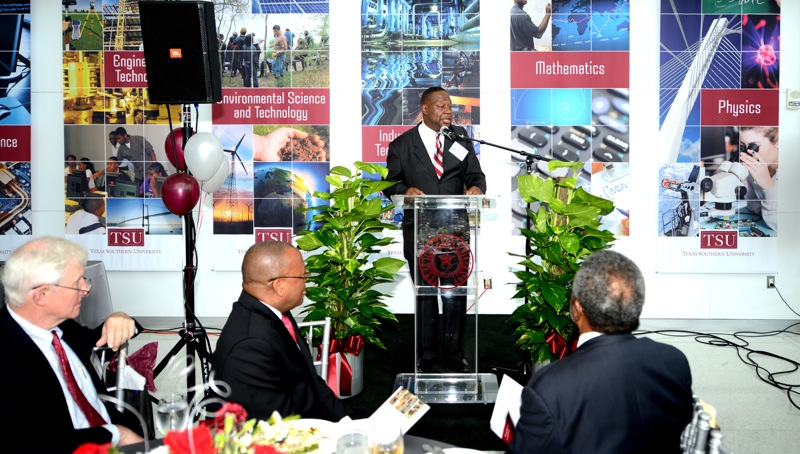